Hill & Partners’ team of branded environment specialists took to the streets this past weekend for the Spring Classic 5K in Cambridge, MA, resulting in a $1,720 donation for the MS Society.

The Spring Classic 5K is the latest in a series of road races and obstacle competitions that H&P has been involved in over recent years. H&P entered a record number of team members in the Spring Classic 5K under the name of “Team Falcon,” a name founded from the “Falcon” recognition award given to H&P employees rising above and beyond expectations. All members of Team Falcon proudly wore shirts stating “Falcons of a feather run for charity together.” 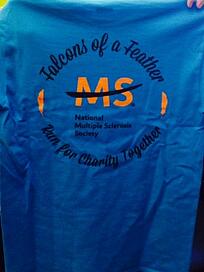 To encourage participation while also benefitting a charitable cause, Hill & Partners CEO, Michael McMahon offered a dollar amount per person that registered with Team Falcon directly to an outside charity of choice.  In total, the team grew to 34 runners and decided to donate proceeds to the MS Society.

“In addition to other team building in fun events we've enjoyed as a company outside of the office, we first began participating in runs and races with the Ruckus Run back in 2012. We've seen great results in building morale and simply enjoying each other's company,” said McMahon.

“This year’s Spring Classic 5K was especially significant because not only did we have an amazing turnout, but we were able to raise money for a cause close to many of our runners' hearts. In addition to the obvious element of fun, every team challenge we face together, we hope to continue to spread the message about finding strength to rise above the limits of what you thought was possible for yourself, and we felt this was a great opportunity to do so." 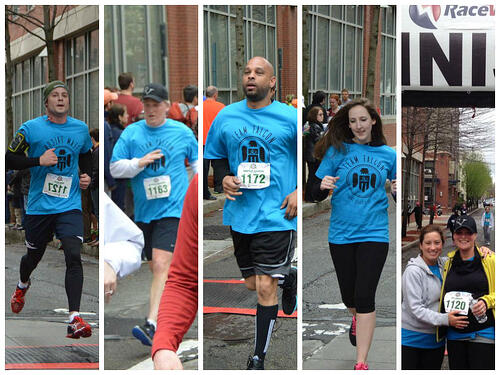 In addition to this year’s Spring Classic 5K, Hill & Partners has entered teams into three Ruckus Runs as well as multiple 5K road races including the Winter Classic and Frozen 5K.

Stay in the loop with H&P!